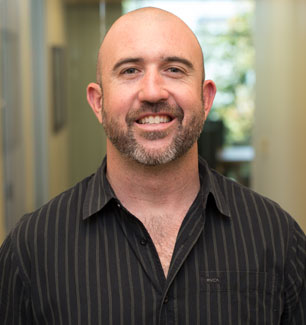 What I Learned From Taking Over My Father’s Business

As the second generation successor of a family owned business, I understand firsthand that passing the torch between generations can be incredibly difficult. My father, Ron Futrell, founded Industrial Threaded Products (ITP) in 1979 and grew the company from a small industrial fastener distributor into a global supply chain service provider. Taking what I learned from my own experience, I’d like to offer advice that I hope will be helpful for companies planning a generational transfer.

Be bold. Don’t fear the conversation.

The first thing you have to do is initiate the conversation. I know all too well the importance of communication, particularly since I never had the in-depth discussion with my father.

After deciding not to sell the business, he casually asked me one day, “Well, you want the business when I die?”

First generation owners often feel they’re the center of the business and grow accustomed to sole decision-making processes with complete control. For most, it’s a challenge to release absolute authority and entrust their company to someone else.

It’s paramount to create and maintain an open line of communication between the predecessor and successor of a business. Especially in this industry, people really struggle with it. Regardless of whether the conversation is like pulling teeth or it comes naturally, it’s vitally important.

Remember, a goal without a plan is just a wish.

Once you have the conversation, create a clear and actionable strategy to guide your execution. In my case, my dad had a hard time letting go of control, so delegating and discussing a game plan to pass the baton wasn’t his strong suit.

I believe my father prefered to keep the business family-owned, rather than selling it when he approached retirement. It’s a hard business to recruit the appropriate talent.  Let’s face it, not many people, especially the younger generation, wants to sell fasteners. It’s a grind. It’s hard work. It’s not sexy.

Decades of experience is often necessary to craft a well-informed game plan.  Although we may have lacked the open communication typically necessary to build a plan for the future, years of experience taught me how to run the business my father’s way. As a boy, I worked every summer in ITP warehouses where I learned the hard-working blue collar traits this country was built on at an early age.

As a Baby Boomer, my father had a relentless work ethic where quitting was never an option. He believed that when you leave, you need to ensure others can pick up where you left off. In 2012 I became ITP’s new CEO, taking on the title that my father held for 33 years.

Coaching is part of leadership, not part of managing.

Rather than overbearingly micro-managing your successor, provide autonomy and learn how to ask questions while listening to their concerns and ideas.Future success is only as promising as the competence of the next generation.  And that starts with coaching. By choosing a successor well in advance of the transition, you will have the benefit of mentoring your successor over a period of years. With this, it’s crucial to understand the successor generation will not do everything exactly like their predecessors.

ITP’s core competencies – service, integrity and volume – have been paramount to company’s survival over the last 37 years. I believe that maintaining the original company ethos while simultaneously modernizing and innovating is the key to continued success. I am both honored and excited to see what the future holds for ITP as the family legacy is carried forward.

We are pleased to share that Industrial Threaded Products has acquired Construction Tool & Threading Company!